President Jeff Crosby, United Way Liaison Tony Dunn, and Elisha Goodman, an MIT student who is working with the New Lynn Project, travel to Mondragon, Spain to learn about the worker owned cooperatives in that region and investigate the possibility of building worker-owned co-ops in Lynn, Massachusetts.

It used to be that dissatisfied Americans looked for ways to fix the economy when it wasn’t working for them, using policy adjustments and the like to make a current model better. In the last few years the approach has shifted — increasingly, people aren’t looking for an add-on ingredient to fancy-up their pre-made cookie dough; they’re looking to make a whole new cookie.

From The Bronx to Basque Country – First Impressions of Mondragón

“El Alma” of the “Old Town” in Mondragón is one that emanates independence — an isolated and peaceful independence, but even more importantly a collective independence. This is what I saw as I walked: Everything stood out on its own. No building was exactly like the one next to it. Each one stood erect, claiming its individuality through color combinations and architectural styles. Each road had its own personality. Some were straightforward and went straight to business. There you saw the “Caja Laboral”, the pension fund offices, and the Union General de Trabajadores Euskadi. Other roads were creative and curvy. That’s were you saw the bars, the revolutionary signs and murals, and the stores. There were also open and transparent roads. That’s where the restaurants, the parks, and the festivals were. The music playlists were pretty broad too. I heard everything from jazz, to Jimmy Hendrix, to alternative rock.

Grappling with a Different Kind of Company: The Nuts and Bolts of People Over Profit

We in the civil rights movement have spent that past decades trying to bring about justice and end oppression by organizing and voting, changing laws and bringing lawsuits. In the meantime, bankers seeking higher returns for capital and higher bonuses for themselves have tanked the entire world economy by playing the equivalent of roulette instead of investing in productive enterprises. And corporations are extracting the value of human work, of resources and of the earth itself, all to produce increasing returns on capital, which flows around the planet in search of the best opportunity to exploit workers and extract resources.  So a group of civil rights and other progressive activists have come to Mondragon Spain to learn about a different way to pursue justice. 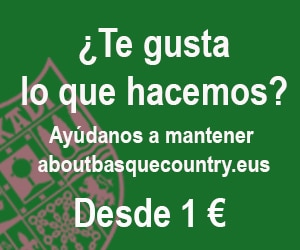