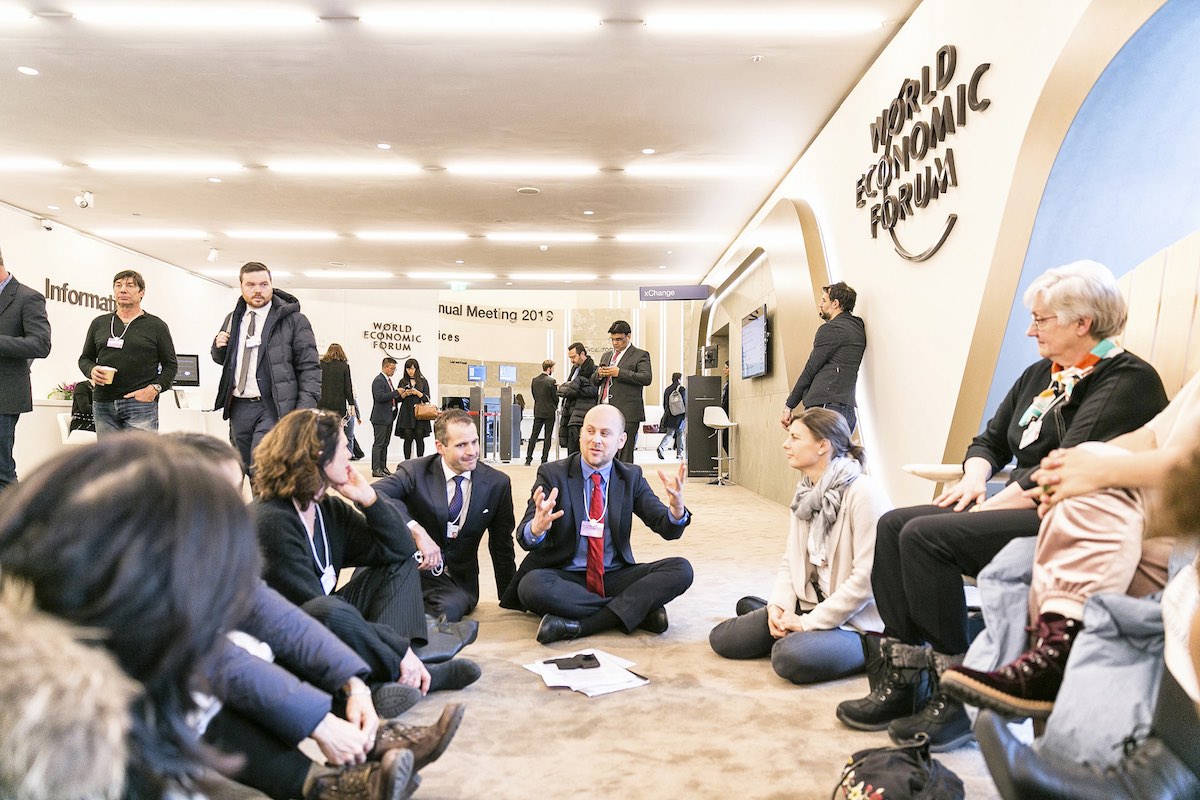 The history of the World Economic Forum, more popularly known as the Davos Forum, is the story of a project of immense success.  And it is so because, in addition to focusing on key aspect of the global economy and society, it is also able to get the biggest leaders in the world, among businesspeople, politicians, and social organizations, to meet in one place.

For those who’d like to better understand what this forum means, we recommend reading an article by Diego Herraz which was published in Público, with the title “Guide to understanding Davos: the philosopher’s stone of globalization”.

For the last six years, as part of the large amount of information and analysis produced by and about this global event, the Global Talent Competitiveness Index Report (GTCI) is published.  Its purpose is to analyze the how the different countries are performing in terms of capturing talent and the future of work.  The Basques, as we are not an independent nation, did not appear on this list that determines the countries’ relative positions in some of the key aspects that help determine the social and economic development of a society.

Things get more interesting three years ago, when this study also started analyzing cities.  And even more interesting when, this year, Bilbao appeared on the list among the 114 cities studied and scored.

As we usually say here, just appearing on the list is a sign of success.  But it’s even more so when you realize that the largest Basque city is at spot #44!  That puts Bilbao in the top fifty, surrounded by the great metropolises that thirty years ago, we never thought Bilbao would ever be able to compete with.

For us, this strong initial showing for Bilbao on this list deserves a few considerations.

The first, key in our opinion, is that even though “Bilbao” is what they wrote, what’s really being analyzed is the whole of Basque society.  Bilbao is not an entity isolated from its surroundings, nor does it have a population that puts it in the same “weight category” as the cities that surround it.  Really, for us, this position is that of the whole of Basque society.  For example, the city just above Bilbao, Houston, has a population of 2.4 million people.

The second is the value of what has been achieved in the past few decades.  When the Basque institutions recovered key powers like education, healthcare, infrastructure, and internal revenue, they did so at a moment when the Country was “leaking everywhere”.  Many thought that our economy’s situation, the social crisis we were going through, terrorism, and the lack of infrastructures of all kinds, basically, the horrible situation we started off in, was bound to fail.  Just over 35 years later, our society is being studied for its success and its ability to recover.

The third is that being on this list is not a coincidence, nor is it sheer luck.  The analysis took a deep look at the social reality of the cities, but inside it, as is logical, one of the key elements is the effort and the ability to attract talent and to keep talent from emigrating.  That means having not only the appropriate goal conditions, but also public-private policies that help make that environment known and attractive for the professionals who might be interested in working with us.

This part is the consequence of all the hard work done over all these years in capturing talent.  We’ve been witness to how this society, with an extraordinarily high level of university graduates (among the highest in Europe) was losing a sizable chunk of this wealth, our true wealth, during the hardest years of the crisis.  We were educating good professionals, investing in them, and then watching them go abroad.  It was a drain of people, talent, and investment, and it was hurting the country, a lot.

We’ve spoken so much about projects like Bizkaia Talent, and how they’ve been key in turning the tide.  And they’ve become a world-renown case study, as can be seen in the numerous articles we’ve collected that talk about them and the success of their work.

As we always say in these cases, we must congratulate ourselves for our success, but we need to make sure we use this as fuel to keep pushing forward.  There’s no room for self-complacency or time to relax.  There’s still so much to do.  If getting on the list was this hard, imagine what it’s going to be like to move up!

And we must especially continue reminding our companies and institutions that our young people should go out into the world, but it’s too hard for them to return, and that’s very worrying.  Often this is because the work conditions and salary they find here are insufficient.  That needs to change, now.

But for now, let’s enjoy the moment, now that we’ve been given some great recognition for all our hard work as a society.

We’ll leave you with the Global Talent Competitiveness Index Report (GTCI), both the online and .pdf versions, as well as the introductory video for this work, in which, between timestamps 21:20 and 21:40, one organization out of all the ones from all the cities that were there, was named: Bizkaia Talent, representing Bilbao.  It was cited for its hard work over so many years and its constant innovation.  Twenty seconds may not seem like much, but it’s hard to get them even on our own TV news, so imagine how much harder it must be in such an exclusive forum.

The Global Talent Competitiveness Index (GTCI) continues to gain visibility around the world, and today has firmly established itself as a global benchmark for issues related to talent competitiveness and the future of work. Now in its sixth year, this 2019 edition of the GTCI addresses the topic of Entrepreneurial Talent and Global Competitiveness and attempts to identify the ways in which large and small firms, nations, and cities can foster entrepreneurial talent in the era of digital transformation.

Bilbao and Bizkaia Talent are mentioned in the twenty seconds between 21:20 and 21:40

Documentaries “Made In: The Basque Country”. Red Bull has won our hearts

Bringing back talent in Boston