Home The World and the Basques Basques in the world From Mexico: an educational tradition of Basque origin turns 250 years old:... 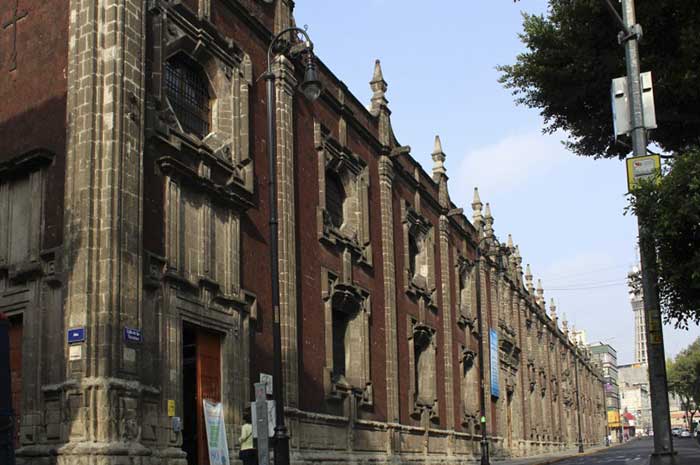 We have noticed sometimes that there’s a tendency for the stories that reach the blog to group together such that interconnected matters kind of take over the blog for a bit.

On this occasion, the common thread to a decent-sized group of stories we’ve been collecting recently is Our Lady of Arantzazu, and especially the fraternities and guilds that have been dedicated to her by the members of the vascongada nation setting them up in the colonies of the King of Spain in the New World.

Mexico City was one of those places where the Basques from Araba, Biscay, Gipuzkoa, and Navarre got together in a guild whose goal and commitment (in no way exceptional) was to set up an educational institution that would become a role model, located in a monumental building, that would tend to young girls in need..  This institution, which just celebrated its 250th anniversary, has been able to adapt and maintain its social and transformational role.

Bertha Hernández is the author of the article that appears in the Mexican daily La Crónica, and that article is why we’re blogging today.

As is explained in the article, the School of St. Ignatius of Loyola – Vizcaínas today is “completely Mexican”, but it maintains the strong link with the land of its founders.  This dual belonging is reflected on their shield, which contains the images of the four Basque territories south of the Pyrenees and the Mexican eagle.

We’ll leave you with the La Crónica aritcle, and a thorough and interesting article Amaya Garritz published in Euskonews (a key tool for those who want to get to know more about the Basques in the world).

An educational tradition with a Basque heritage: Las Vizcaínas

In the hustle and bustle of the Historic Center of the Mexican capital, thousands of people come and go around an architectural giant; a building from the 18th century, home to an educational institution that has been a part of life of the city for over 250 years.  It’s the School of St. Ignatius of Loyola – Vizcaínas, founded by Basque merchants, which, for generations, has been simply called “Las Vizcaínas”.

In the middle of the 18th century, there was still the widely-held opinion in New Spain that it was not necessary to give a good education to women, and even while nuns’ convents admitted girls and taught them to read and write, completing their education with domestic chores and the manufacture of curiosities, there was still no school for the female sex.