Home Society Culture Piarres Harispe and his look at the Basques, made from the Northern... 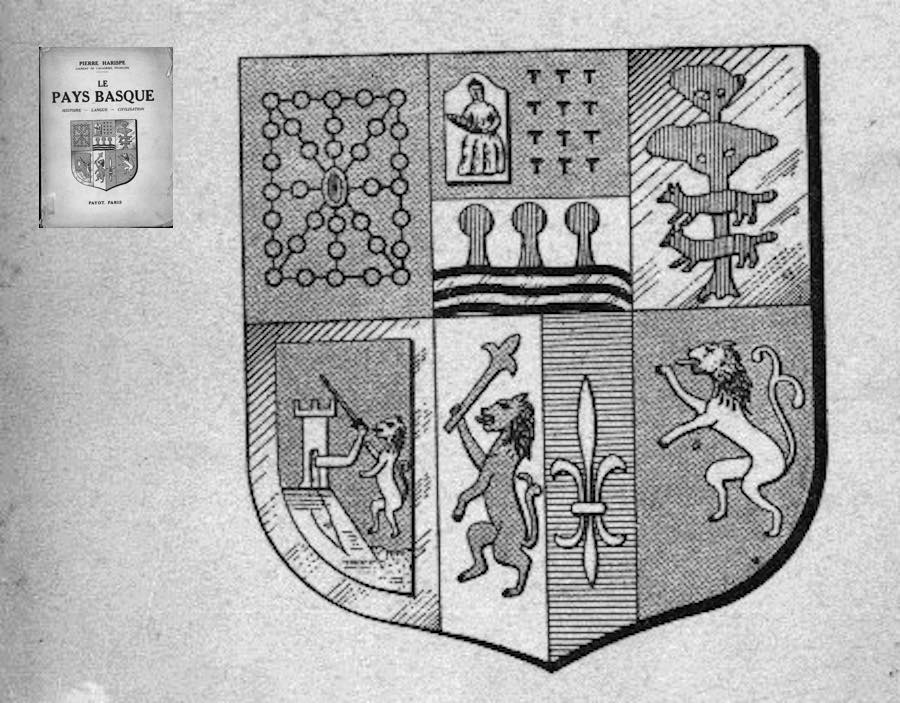 Pierre Harispe is, according to the French National Library (BnF), a philosopher, sociologist, and poet, professor, and journalist who founded the Belgian daily Le Devoir.  He was born in Saint-Jean-de-Luz on April 6, 1854 and died in Paris on November 5, 1929.

Along with the scant biographical information, the BnF has also collected his literary and scientific bibliography of 21 documents, among which we want to bring up one which brought this Basque author to our attention.  We’re referring to the work “Le Pays basque. Histoire. Langue. Civilisation”, in which the author passes through the history, language, and political organization of the Basques.  And of all Basques, as we can suppose just by seeing the book cover, which is decorated with the Zazpiak Bat coat of arms.

Our attention was also called to this man’s entry in the Auñamendi Encyclopedia, where he appears as Piarres Harispe, and is said to be a priest.  In addition to not mentioning the work that caught our attention in his bibliography there, they also offer a different year for his death: 1925, no less than four years’ difference!

Undoubtedly, the data about the history and language this book offers us are widely surpassed after the additional century of research we have.  But, even today, it’s interesting to see the section dedicated to the Basques’ political organization.

The book was published in Paris in 1929, which makes it this author’s posthumous work; it was also a document Harispe himself was fond of, since, as the Auñamendi Encyclopedia says, he was an author who “wrote and published little”, it must be supposed that the dedication he gave this work for it to be published either the same year as his death or four later shows his deep interest in its seeing the light of day.

We’ll leave you with the links to the .pdf of the original version offered to us by the Liburuklik service run by the Basque Government, the list of works the BnF preserves, and the entry Auñamendi gives him.

We’ll also leave you with an article published by this author in the La Nouvelle Revue (1912, XXVI, pp 543-560) titled “Regionalism and Freedom in the Basque Country,” where he makes a clear case for the rights of Basques in the Northern French Country to recover their common freedoms which had been taken away definitively and by force in the French Revolution.  We can find at the beginning of the article a reflection that can be defined as the thesis that defends his ideas:

(Just as the regionalist spirit is the cause of freedom, the unitarian one is the propagator of tyranny.  The Revolution, by destroying provincial and municipal freedom, and hit itself, the foundation of individual freedom.)

We don’t believe this declaration of principles was taken well by the political sectors that governe the Third French Republic, although we can’t forget that it does nothing more than reflect a common sentiment in the Northern Basque Country.  We mustn’t forget that in those days Basque composer Maurice Ravel was composing a work which he expected to be his masterpiece, but which he never finished, titled “Zazpiak Bat”.

Original from the Library of Koldo Mitxelena Kulturunea, Gipuzkoa Government