Home The World and the Basques Basques in the world The memoirs of Maria Incera, a Basque war child who lives in... 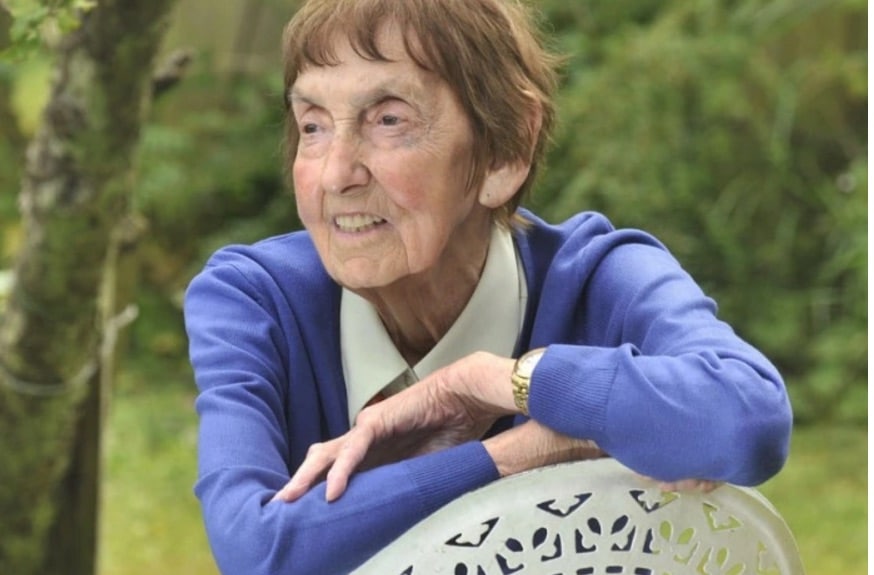 Her name is Maria Luisa Incera.  She’s from the La Arena neighborhood of Zierbena, on the Biscayne coast, and she was six years old when the aerial attacks over undefended towns led by the Francoist insurgents and their German and Italian allies finally broke the “hard heart” of the British government, who had declared itself non-intervening but was sympathetic to the rebels.  We spoke of her when she was paid homage to in the acts that opened an exhibition at the Peace Museum of Bradford.

As we were saying, it was the Bombing of Guernica and the extraordinary chronicle by Steer that managed to achieve the miracle that allowed those 4,000 children to travel to what was then the safer Great Britain. Nicholas Rankin told us, in an extraordinary way, in his words in the Basque Childrens of ’37 Association of UK work titled “George Steer, the War in the Basque country and the Basque refugee children”, which we discussed in an entry with a very special title: “Bombing of Guernica: Good shines brightest when surrounded by darkest evil” (in Spanish).  In it, we explain the chain of events that George L. Steer set in motion with his article on this Crime against Humanity that was the Bombing of Guernica.

Our protagonist, Maria Incera, now 86, tells these events still with the eyes of a six-year-old girl who lived through the disasters of war and the cruelty of exile.  Her story and reflections are worth reading from beginning to end.

We now live in times of revisionism, manipulation of causes, and relativization of the consequences of that war that was caused only by those rebel insurgents.  That is why it’s a good thing to carefully read what the protagonists of that barbaric act have to say while they still can.

Because, lest we forget, many of those who suffered were never able to tell.  Perhaps this is because they were buried in common graves, where their bodies were piled up and hidden by their murderers and those few who won’t allow for searches.  Or perhaps it’s because they had to live and die keeping their pains hidden, because the cause of those pains, those rebels, fascists, dictators, murderers, and criminals, were those who ruled the Spanish state for over forty years.

There’s only one thing we would like to correct in this magnificent but unsigned article in the Yorkshire Post.  The Francoists were not “Nationalists,” they were “Insurgents” or just “Fascists”.  We should call things by their name.

We’ve been enthralled by Maria Incera’s story.  All we can do is thank her for sharing what happened, what she lived first-hand, with all of us.

“Franco had tried attacking our area but he couldn’t get through because of all the hills and mountains,” she says. Instead he called on Hitler who used the Basque country as a testing ground for his fledgling Luftwaffe and their terrifying aerial bombardment, which would soon become known to the world as blitzkrieg.