Home Tourism The new Basque filming locations of “Game of Thrones” in the international... 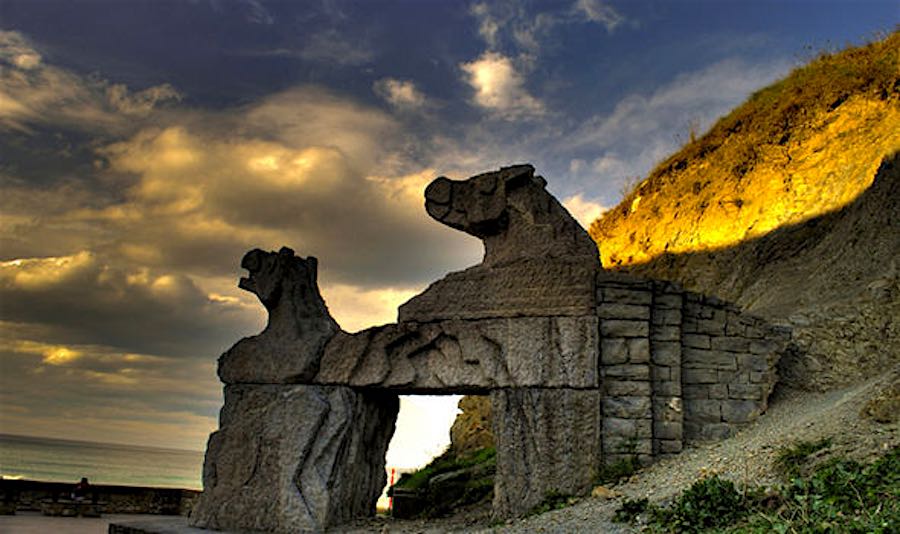 In April, we published an entry on two articles published by The Guardian and Lonely Planet talking about the filming locations for the then-recently-started sixth season of the extraordinary series “Game of Thrones”–they were all in Navarre.

We have to admit that we’ve been waiting impatiently to have the opportunity to be able to write a new entry on the return of this series to the Basque Country.  And in this case, for the seventh season, and apparently their last one, they have returned.

And this time, we’ve got three articles:

Firstly, we have Stuff, a publication from New Zealand that is an old friend to this blog.  The New Zealanders really do understand the meaning of choosing the right filming location for success.  The Lord of the Rings trilogy, and its prequel The Hobbit (both by JRR Tolkien, who may have a Basque connection) were filmed there, and that’s given them a huge international reach, as well as bringing in lots of tourism.

Secondly, there is an article about this on the website of US magazine Travel + Leisure, a magazine founded in 1937 that is a real symbol and reference for this type of journalism.  Their article is heavy on (extraordinary) images of some points along our coastline that are going to make many readers really want to come see for themselves.

Finally, closer to home, on the other side of the Bay of Biscay, the British magazine Express is giving its readers some of the locations chosen along the Basque Coast. They do so in a style similar to that of the American magazine, offering several of those kinds of pictures that become indelible in the memory.

This is only the tip of the iceberg in this “virtuous circle” we’re living in, which was started back when the Guggenheim Museum Bilbao was opened.  It’s a circle that some tried to keep from getting started and who, still smarting from their lack of success, hope to undo it by screaming “I knew that” to the four corners, forgetting, of course, that their “no” started in 1997, and even before, and we’ve been living in it for 20 years.

In the meantime, let’s enjoy how this series is going to spread the word of the Basque Country, just as happened to Navarre with the sixth season, and let’s hope to continue discovering Basque panoramas in the most successful series for years to come.

Spain’s Basque Country might see a surge in popularity after it has been revealed as the location for Game of Thrones’ season seven. Filming at Muriola Beach in Barrika is set to begin in October and the town’s mayor says everything is “shrouded in mystery”.

The Other-worldly Spanish Beach Where ‘Game of Thrones’ Will Film

“Game of Thrones” is filming on a beach in Spain’s Basque Country in October, and the anticipation is already building. “Everything is surrounded by a lot of mystery,” the local mayor, Roberto Muñoz, told Spanish outlet El Correo. “We don’t know exact dates or who will come, nor if new extras will be needed.” Muriola Beach is a nude beach about 10 minutes from Barrika, according to the local tourism board.

Game Of Thrones season 7: Cast will fly to Spain to shoot scenes for next series

The cities of Zumaia and Bermeo, both found in the Basque country of Spain and about 60 miles apart, will provide the setting for a variety of season seven’s scenes. As production for the new run kicks off this summer, filming will start in Zumaia on October 26 for about a week, specifically on Itzurun Beach.

Shipbuilders, sailors, whalers: a “story of Basques” from the Royal Geographical Society