Home The World and the Basques Basques in the world Shipbuilders, sailors, whalers: a “story of Basques” from the Royal Geographical Society 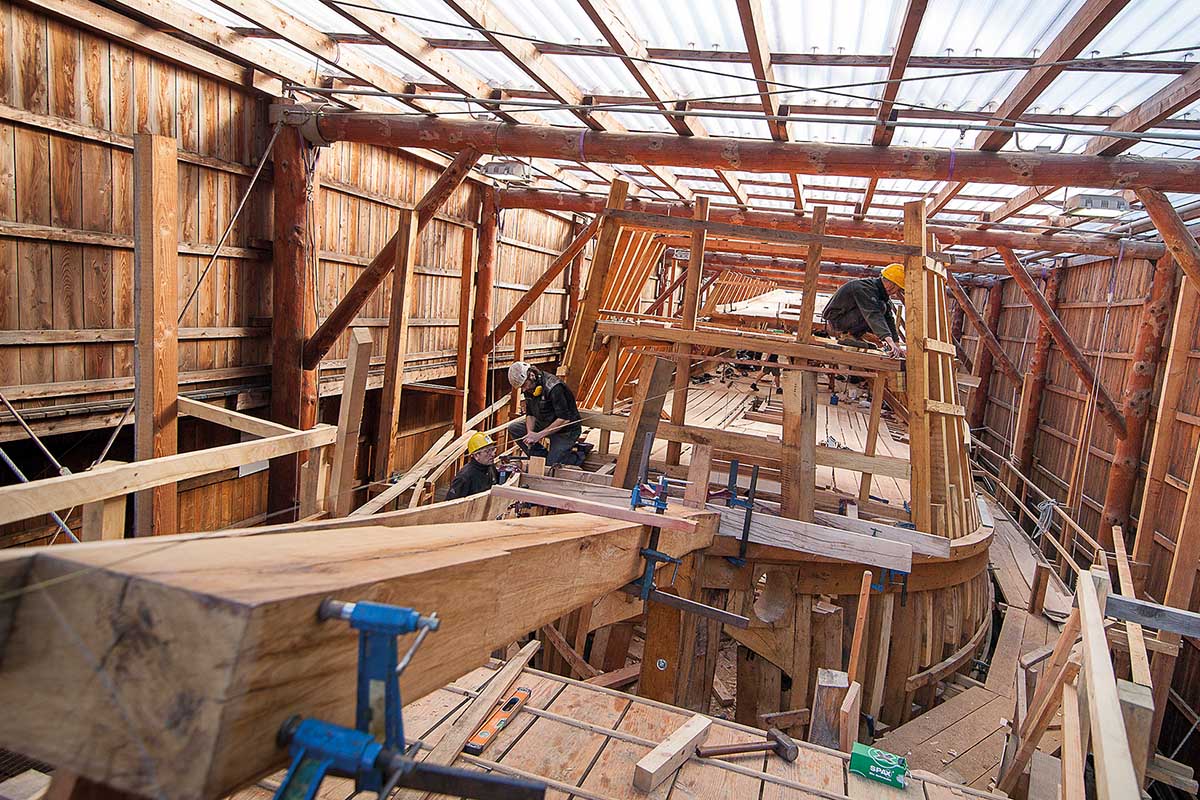 Geographical, the official magazine of the Royal Geographical Society, has been published in the United Kingdom since 1935, and is, as we can imagine, a world leader in its field.  We’ve brought the up before, when they published an article on the Larrun Train, which we invite you to read.

So today, they surprised us with a fantastic article by Jules Stewart in which he reviews the history of Basque whalers, covering the first Basque sailors in Newfoundland and Labrador; Red Bay, one of the main Basque bases of operations on the North American seaboard; the instrumental work of Canadian historian Selma Huxley Barkham recovering our maritime history in those waters; the ship San Juan, whose wreckage is now the official logo of the UNESCO body in charge of Underwater Cultural Heritage; Pasaia, the great Basque fishing port; and the Albaola shipyards, which are not only building a replica of the San Juan, but which has also turned into a living (and instrumental) museum about this hugely important part of our national history.

In short, this article is a magnificent summary to understand the extraordinary importance of this naval adventure in the history of our country, and which can help us understand why we have said that the North Atlantic was the “Basque Sea” for centuries, even though we modern Basques don’t remember.

What’s more, Albaola‘s work is extraordinary, and essential for sharing this part of our history and making it better known.  We have a debt with them: to visit them and prepare a “Viewpoints” article about their center and their work.

While we’re getting that ready, this article in Geographical ought to help us remember and honor this part of our history and the people who lived it, those thousands of sailors who were able to light up Europe thanks to their work.

Our recommendation: don’t miss this article, and then, don’t miss visiting Albaola.

In 1565, the Basque whaling ship San Juan set sail from its station in Labrador, a port established by Basque mariners. The ship was not to be seen again for more than 400 years. The 52-foot, 240-ton nao, a three-masted carrack, was making ready for its voyage home to the port of Pasajes with a cargo of whale oil. Pasajes, or Pasaia in the Basque language, was the port for San Sebastián. As well as being one of the major centres for shipbuilding, it was an excellent refuge and the most suitable in the Basque country for large vessels.

Preconceptions of “national essence” when discussing the Ezkuzta Magdalenian sticks

Selma Huxley, the woman who showed epic journey of Basque whalers to the world