Home Society Desing The BBC explains the enormous influence the Bilbao Guggenheim has had on... 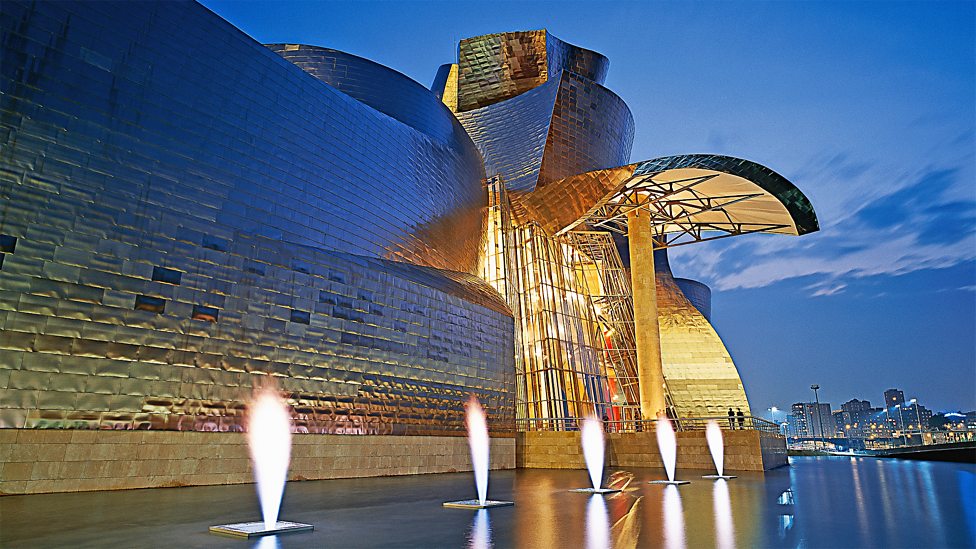 The BBC Arts website has published an article penned by William Cook discussing the influence the Bilbao Guggenheim Museum has had on Bilbao and indeed the whole of the Basque Country.

We have to admit that we really liked this article, because it goes in a different direction than most media publications about the “Bilbao effect”, which leave the reader with the idea that building an “iconic structure” within the city (the more expensive, the better), is able to produce an economic miracle and give the city automatic worldwide fame.

We very recently published an article about the grand opening of another iconic structure, the Elba Philharmonic in Hamburg, seven years late and ten times over budget.  According to the information we read, the tourism leaders in the city were hoping that this building would have the same effect as the Guggenheim did in Bilbao.

They would do well to read Cook’s article, to comprehend that the undeniable (and extraordinary) global effect the Museum had can only be understood inside a much broader, and immensely more ambitious, plan, which allowed Bilbao, its metro area, and the whole Basque Community to change, for the better, in such a radical way in the last forty years.

Juan Ignacio Vidarte, the museum’s general director, and one of the main drivers of the museum’s construction, explains it well.  It’s important to bear in mind that when what happened is studies, the €130 million that the Museum and its collection cost were part of a project that has invested €7.5 billion in the Bilbao metro area.  It was a project that deeply transformed the urban, social, and economic situation of the city, making it, as we’ve said many times before, a world-wide case study.

But without the context, it’s impossible to understand what happened.  Fortunately, the BBC has told things as they really happened, including the very loud political, social, and intellectual opposition that surrounded the project (though no one would admit today that they were part of the “opposition” back then), much like the opposition that surrounded the building of the Bilbao Metro or the Outer Port, or the people who were sure that the money being invested in the Integral Sanitation System for the Bilbao Metro Area was an unjustifiable waste of money that would serve no purpose.

So, it would seem that some never learn and try their damnedest to be part of the naysayers to every project that is suggested.  They probably get it right sometimes: even a broken clock is right twice a day, and they occasionally get to say “I told you so”.  In the meantime, we need to make sure that these naysayers don’t hold us back; as we’ve seen, these broad, integrated projects can be hugely successful when done right.

The Bilbao effect: How 20 years of Gehry’s Guggenheim transformed the city

Standing outside the Guggenheim Museum in Bilbao, looking out across the waterfront, it is hard to believe that twenty years ago this was a post-industrial wasteland. Bilbao was built on steel and shipbuilding, but by the 1980s those old industries were dying. This gritty Basque city had to find a new direction. It reinvented itself as a hi-tech hub, and the centerpiece of this regeneration wasn’t a new factory but a brand new art gallery.

A Chanel Version of Basque Sandals?