Home The World and the Basques Basques in the world The Mariners who Served in the US Merchant Marines to Be Awarded;... 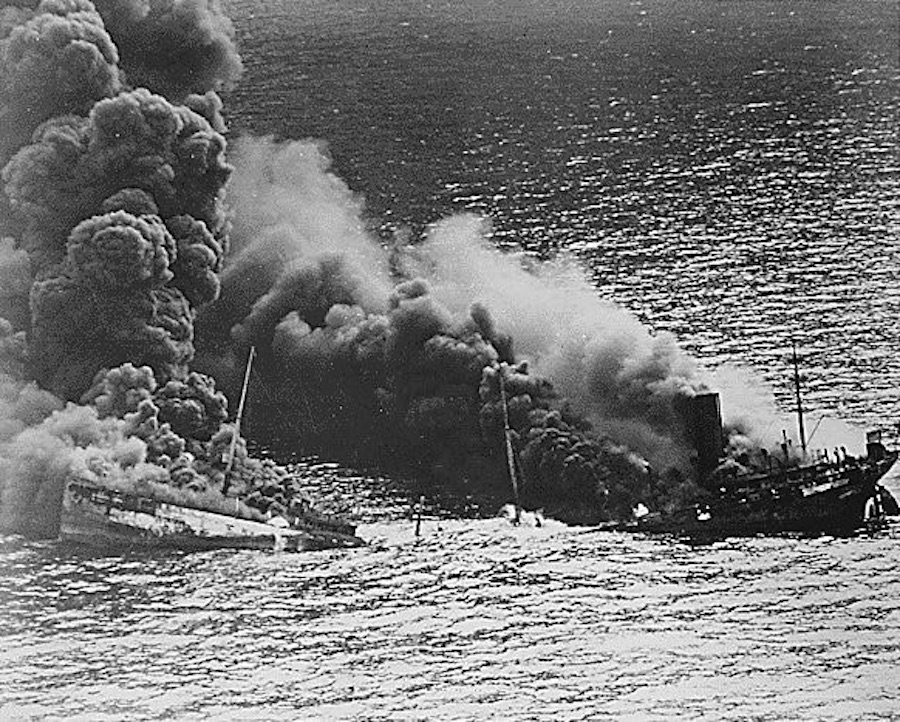 Thanks to Pedro J. Oiarzabal and the Sancho de Beurko Association for the news!

The US is going to give the Congressional Gold Medal (one of two highest civilian awards given in the US) to the mariners of the US Merchant Marines who participated in the Second World War, in recognition of their services.

the us congressional gold medal soon to be given to the merchant marines of the second world war, including hundreds of crewmen from spain, mostly galicians and basques

Among those mariners who are to receive this recognition are hundreds of Basques who served on the merchant ships under the US flag: just another front where there Basques were fighting against totalitarianism in those dark years.

The bill to honor these mariners’ commitment was put forward by Basque-descendant John Garamendi, whom we’ve spoken about on the blog before.

This bill has already gone through both the House of Representatives and the Senate, and is now just awaiting the signature of the President.  It’s expected to be made law in January 2020.

Garamendi clearly explains the reasons why this group of sailors deserves one of the highest awards the US can give:

“Throughout the Second World War, our armed forces relied on the Merchant Marine to ferry supplies, cargo and personnel into both theaters of operation, and they paid a heavy price in service to their country,” said Garamendi. “The Merchant Marine suffered the highest per capita casualty rate in the U.S. Armed Forces during World War II. An estimated 8,300 mariners lost their lives, and another 12,000 were wounded, to make sure our service members could keep fighting. Yet, these Mariners who put their lives on the line were not even given veteran status until 1988.”

Their time to be recognized has finally arrived.  Many of the mariners who survived that conflict, and their families, will never know this, since it’s been over 70 years.  But it’s also true that thanks to Congressman Garamendi’s bill, their sacrifice will not be forgotten.

The number of losses the US Merchant Marine suffered are truly impressive: one of every 26 mariners serving in the Second World War paid the highest price: more than 8,400 mariners never came home, while another 11,200 were injured.  A total of 733 ships of more than 1,000 tons were sunk.

As is to be expected, the Merchant Mariner Association has been following the progress of this bill closely, as you can see on their blog.  Its passage has been hotly pursued throughout the process.

What’s more, this association is encouraging that those merchant mariners who served in the war under the US flag (or their descendants) apply for war veteran status in order to receive certain benefits, including, for example, the right to a tombstone, and flag for the coffin, and a burial in a national cemetery.

As is usual, and is stated in the bill, copies of this medal will be made in bronze so that they can be acquired.

More stories about the Basques who served in the Second World War.