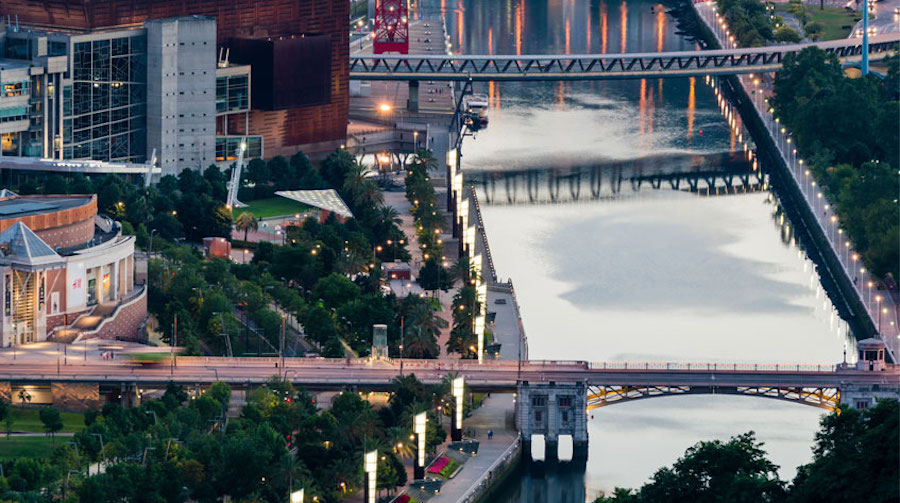 On November 21 in Bilbao, the first edition of the PICSA Index was launched in order to rank international cities on their inclusive prosperity.  The index was prepared by the D&L Partners consulting agency.

With the launch of the PICSA index, Bilbao has stayed true to its Basque history and values, tackling the problems of modern income inequality to build a society that’s prosperous for all a city’s inhabitants.

And holding the event in Bilbao was no coincidence.  This report was launched by Basque institutions (the Biscay Chartered Government and the City of Bilbao) and undoubtedly is looking to reinforce our country’s role as a leader in best practices regarding social cohesion.  We can’t help but connect this to an entry we wrote a few months ago, which found Bilbao on the list of the top cities ranked by the Global Talent Competitiveness Index Report (GTCI), looking to help countries as regards recruiting talent as well as the future of work.

The Goal of the Index

The first question we have to ask is what is “inclusive prosperity”.  It is simply taking one more step beyond measuring a city’s or society’s wealth.  This is because measuring Gross Domestic Product (GDP), the most commonly used measure of a city’s or country’s wealth, is a very basic measurement that does not take levels of inequality into account.

The mission of the PICSA Index to measure cities’ wealth not only based on their economic growth, but also on the quality and distribution of well-being.  It’s trying to measure other factors, such as the affordability of housing, access to education, and healthcare.  These are things that go far beyond GDP per capita.

This first edition measures and ranks 113 cities based, as we’ve said, not only on their size and prosperity, but also, especially, on their efforts to create environments that are inclusive and prosperous for all citizens.

We can’t find a better explanation of this that the one Asier Alea, the director of Strategic Projects for the Biscay Government, wrote and published in an article a few days ago on CityMetric, a website covering city design which analyzes the world of city planning and which was created by New Statesman, the British political and cultural magazine that’s more than a century old:

Two major trends are shaping the economies of cities around the world today. Firstly, rapid urbanisation.

The Importance of the Index

If you’ve seen any reports about the first edition of this index, you’ll have seen how it highlights the position of the cities in relationship to their surroundings.  And that’s quite normal, except in the case of Bilbao.

We’re not saying that it’s not important that the largest Basque city is ranked 20 on this list.  It is, without a doubt, a clear indication of just how far we’ve come in the last forty years as a society.  But this is, as we never tire of saying, because in a country as small as our, one cannot isolate a city from its surroundings, nor the surroundings from the country as a whole.

But there are many more important things on the PICSA Index, once it’s been cleared up that our location raises us up to a more than dignified rank.  These, from our point of view more important, things have to do with the vision that has guided the creation of this index, and the repercussions its existence has.

Regarding the first, the vision that has guided its creation, we can say that it’s a shining step in the right direction.  From now on, every year, the world will be talking about the Basques when the next PICSA Index is published, just as they do about Singapore whenever the new Lee Kuan Yew World City Prize is released.

The PICSA Index is to be published annually.  After the first two years, during which it will be presented in Bilbao, the following ones will alternate between Bilbao one year, and another world city the next.  That means this project is going to be intimately linked to our country.

The push that got the ball rolling on this annual event is the same one that started the initiatives about the Basque Culinary World Prize, or which, decades ago, launched the San Sebastian Film Festival, o el Jazz Festival, to give just a few examples of our creating international headlines.

There are two ways for us to introduce ourselves to the world.  One is as leaders, the other is something else.  It’s true, we’re a small country.  It’s true, we’re a stateless nation, broken up and divided among two countries.  But we are, and this is something we’ve earned, global role models in important fields.  We cannot, or rather we shouldn’t, accept that the subordinate status we’ve been forced to live under is inevitable.  We must act like what we are: a different society that is open, strong, committed, and which has global reach.  And in this case, as in many others we’ve cited, and many we haven’t had the chance to yet, we prove that we are capable of becoming international role models.

As regards the reach, that goal is also soundly met.  Media from all over the world have covered the first edition of the PICSA Index, and they’ve done so talking about the cities that were ranked on the top (or those that are down at the bottom).  But they’ve also spoken about Bilbao and the Basque Country, putting us in the “Big Leagues”.

Which is, by the way, where we’re supposed to be.

We’ll leave you with the article about the first list and some examples of the international reach the Index has generated.

The Prosperity & Inclusion City Seal and Awards (PISCA) Index, commissioned by Spain’s Biscay Province and its capital, Bilbao, ranked 113 cities based on their efforts to create a prosperous environment for all citizens.

Google Translator.  US NEWS does not allow Google to automatically translate, so you’ll have to copy and paste the text yourself

A new study that attempts to uncover how widely cities spread their wealth has ranked Ottawa among the best in the world, but other Canadian cities don’t fare quite as well.

Bangalore emerged as India’s highest ranked city at No. 83 in a new index of the world’s 113 cities in terms of economic and social inclusivity, topped by Zurich in Switzerland. The first-ever Prosperity & Inclusion City Seal and Awards (PICSA) Index, released in the Basque Country capital of Bilbao in northern Spain on Thursday evening, is designed to showcase not only the quantity of economic growth of a city but also its quality and distribution across populations.