Home Society Politics Another story of the Basque war children in Great Britain: solidarity and... 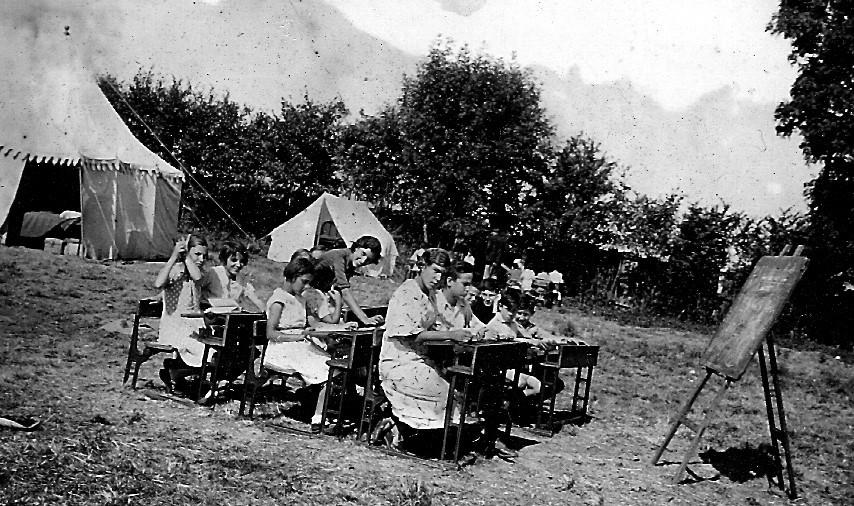 Bucks Free Press, a local paper in Buckinghamshire, one of the 47 counties of England, has just published a story about the best and the worst of the communities that took sides regarding other people’s suffering.  It’s one more story of the Basque war children  reminding us how many of our mothers and fathers, grandmothers and grandfathers, escaped the horrors of the war thanks to the solidarity of strangers who understood it was their duty as human beings to help out.

The article recalls how High Wycombe, one of the towns in this county, took an active, positive role in the tragedy faced by the Basque children who had to run from Bilbao, which being bombed and surrounded by the insurgents; they offered support and care to 31 of the children who took refuge in Great Britain.


We mustn’t forget that the British government, who supported the insurgents, did everything possible to keep those children from taking refuge there.  And we must especially not forget that it was the civilian society of Great Britain that forced the government to open the doors, however begrudgingly, to our refugees.  They took them in, cared for them, and consoled them in those dark days.


Mike Dewey, who wrote the report, talks of the events that occurred on arrival, the efforts made to take them in, and the vicissitudes they went through during their stay.

He also covers why some people didn’t want them to come.  Those mean, pro-Franco reasons, or those who thought that “Britain was only for the British”, why they tried to keep them from coming in, and what they did to try to return them once the Basque Country had been taken by the insurgents.

Unfortunately, the reasons used by those soulless individuals still resound today.  True, today’s refugees aren’t Basque boys and girls. But we mustn’t be mistaken, refugees are always “our refugees”.

“…Those, like the MP for South Bucks, Sir Alfred Knox, who believed that the refugees should never have been offered a safe haven in England, argued that they should be returned forthwith. Other opponents argued that the outpouring of charity and goodwill towards the Basque children was diverting attention away from the plight of British children living in poverty. The Prime Minister, Stanley Baldwin had had a more down-to-earth objection, “The climate will not suit them”, he warned…”

Again, all we can do is thank those good people throughout Europe and the US who took those kids in, just like we must thank those countries of the New World who took in all of those who had to abandon their homeland, our homeland, to save their lives and their dignity.

READER Roberta Wilson of the Booker & District Local History Group has contacted us after reading about the children evacuated from Bilbao, Spain in the April 5 Nostalgia page. The Group have kindly consented for the following article about these children, written by their former member Kevin Jewell, to be reproduced below.

Latest edition of the Natalia Benjamin Prize, organized by the UK Basque Children of ’37 Association

Bilbao Style: the looks by a Bilbao pharmacist in Bristol