Home Society Culture The message in a bottle that traveled from New Zealand to the... 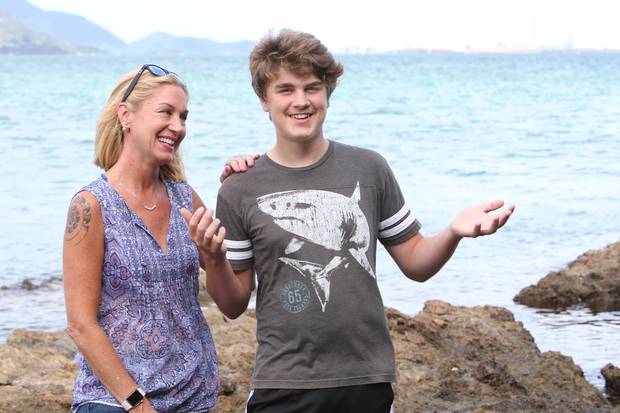 Today we came across one of those stories that we just love finding and telling.  A paper we’ve cited before, the New Zealand Herald, brought it to us, in an article penned by Danica MacLean.

This story starts in 2010, when a seven-year-old boy, Julien Joy, wrote a message, put it in a bottle, and threw it into the waters of Whangarei, a port town at the very north of New Zealand, which lends its name to a large area of protected waters Whangarei Harbour, which opens to the Pacific via the Ruakaka Narrows.

Almost eight years later, after traveling 20,000km (12,000mi), this bottle was found by a German family on the beach of Mundaka.  They opened the bottle with a note, written by a boy who’d now become a young man, asking that if anyone found the message, they write to him.  So they did.

We can’t imagine the surprise, joy, and excitement of this young man and his mother when, last February 21, they received a letter from the German family, written from Hamburg, telling the story of how they’d found the bottle on the Basque Coast.

It’s just the perfect story.  A bottle thrown into the water in the antipodes, thanks to the sea currents that travel and connect all the points on the globe, brought that bottle to our shores, to be found by a German family who lives near one of the most important ports in the world.

There’s even a symbolic connection.  When Captain Cook reached the shores of that part of New Zealand, he called the bay connecting Whangarei Harbour to the ocean Bream Bay, because of the large quantity of that fish that inhabited these waters.  That means the bottle left a bay where, in the 18th century sea bream were abundant, to reach anther bay with the same characteristics.

Northland message in a bottle inspired by a note about peas

A note to his sister to eat her peas sparked a Whangarei boy to put a message in a bottle which took eight years to travel 19,000km to Spain. Julien Joy was 7 years old in 2010 when he wrote the message and his mum Jana popped it in a zip lock bag, slotted it into a wine bottle and hurled the bottle into Whangarei Harbour off Manganese Point.

Game of Thrones: The “Seven Kingdoms” are closely watching the Basque Coast