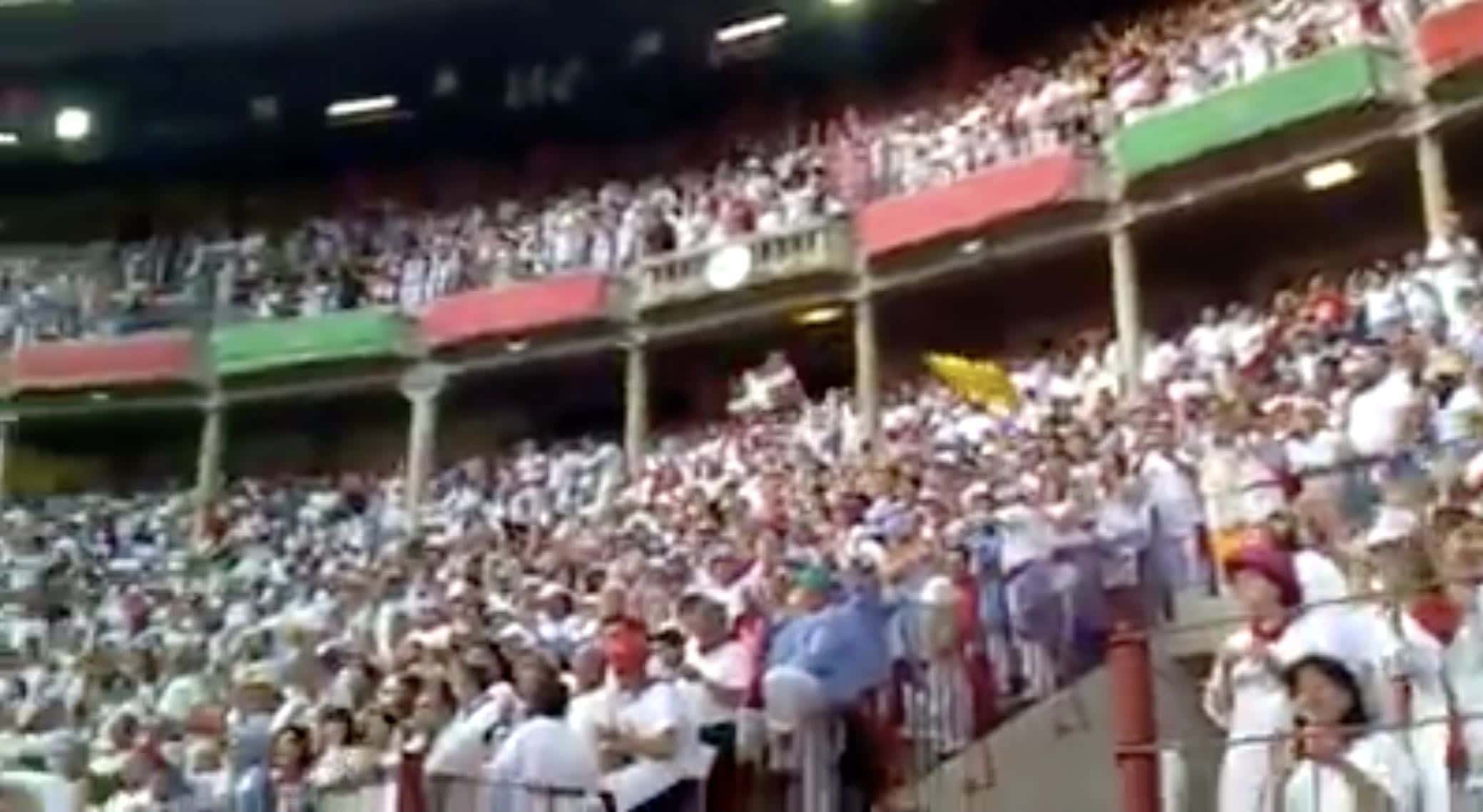 As always happens, Pamplona’s San Fermín festival has taken over the international media.  Every year we get the same stereotypes: how many people got injured running with the bulls, whether or not bulls should still run, that “it’s the most international festival in Spain”, mentioning Ernest Hemingway (who understood the Basques and their distinctness well), the party.  A new, less welcome element has also been added to the mix in the past couple of years: assaults and the dangers women face in these festivals because of the maniacs running about.

All of this is spoken of, abundantly, in media near and far, year after year, which creates a sort of deja vu, which makes it hard for us to really devote ourselves to compiling news that doesn’t change.

But we can’t help but dedicate a space to the most well known popular Basque festival in the world, and a lucky video shared on Facebook by Ion Odriozola, which has given us the opportunity.

We have to admit that we also got some “help” from a Twitter user, who sounds like he needs help, whose response to our article about the Plaza of the Basques in Tres Arroyos, Argentina motivated us.

So, we decided that we needed to share the video (2011) Ion Odriozola shared, in which you can see the whole Pamplona bull arena filled, with everyone singing, as loud as possible, “Ikusi, Mendizaleak” (Look, mountain men), a song sung all over our great land, the Basque Country.

It’s a song that we can heard sung in a jam-packed Pamplona plaza, or danced in the Old Town in Bilbao (as you can see here), and which is sung by thousands of Basques, year after year, in Bayonne, Vitoria-Gasteiz, Maule, or San Sebastian: everywhere.

It’s a song for fiestas and fun, which allows the Basques to explain who we are in five simple words: Gu euskaldunak gara, Euskal Herrikoak! (We are Basques, from the Basque Country).

We’re also including links to two articles in our blog about Navarre which help us reach the conclusion that if there’s anything that needs to be cut from Navarre, it’s the red-and-yellow flag that appears in the photo shared by that Twitter user, just like that laurel on the shield of Navarre.

Who the peninsular Basques are: the teachings of History (from Peru)

Monument to the Navarres Fueros: “We, the Basques of today…”

La Polla Records, on tour in South America. Two interviews with Evaristo in Argentina and one in Uruguay